In July it will be 4 years since my step-dad Pete came to live with us. He was originally in our living room because my husband and I were in the only 1st floor bedroom. We redid our oldest daughter Brittany's room and moved upstairs to it this past June. She had moved out when she got married and the room had set empty for a year and a half.

We repainted our old room before we moved my dad in. We bought a chair, end table, lamp, and the long dresser for his new room at the thrift stores for $70. I bough him new bedding for about $150 from Wal-Mart. He doesn't use the red and gray comforter I bough but prefers the Ohio State fleece blanket.  He already had the bed and tall dresser. 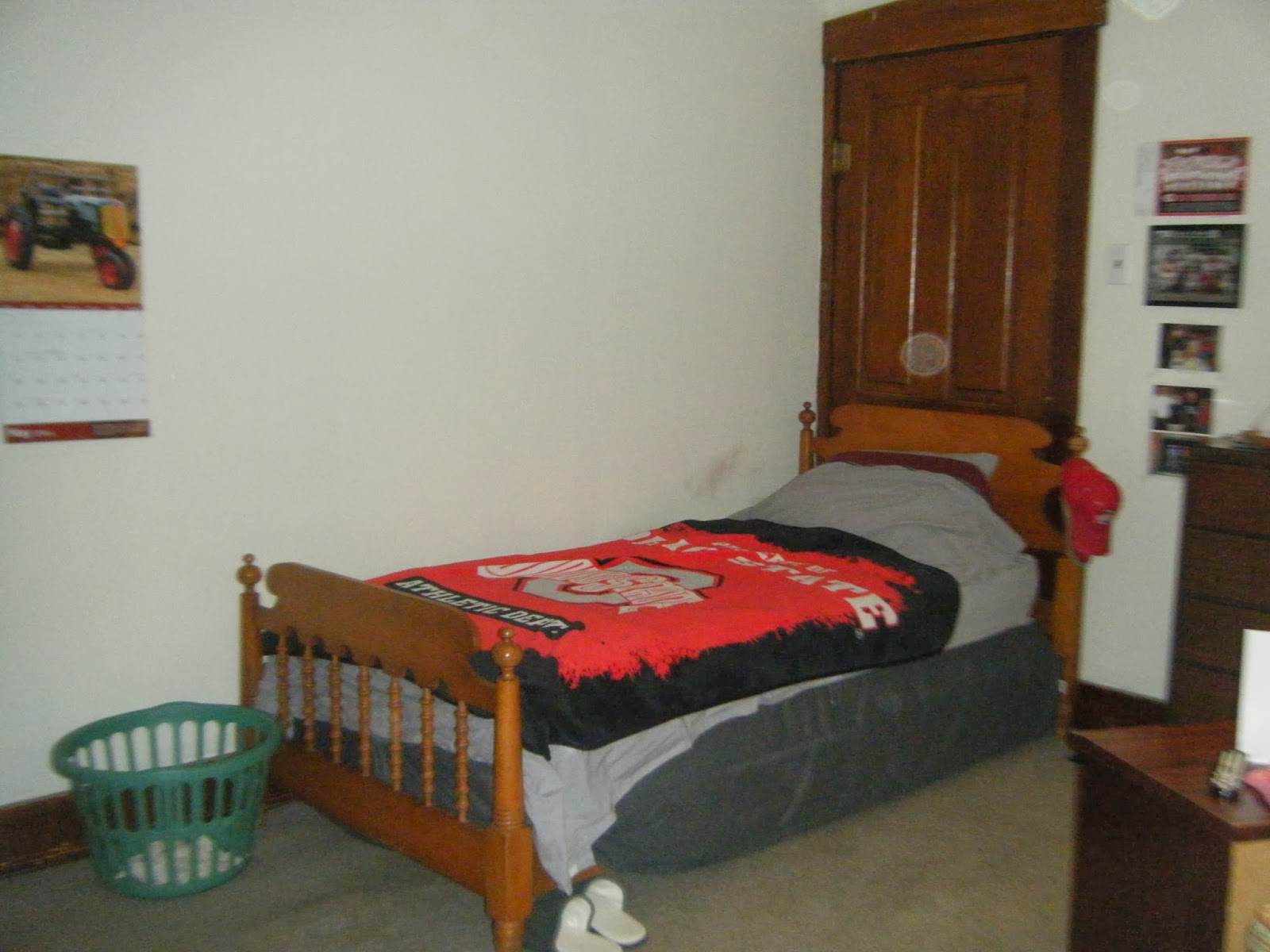 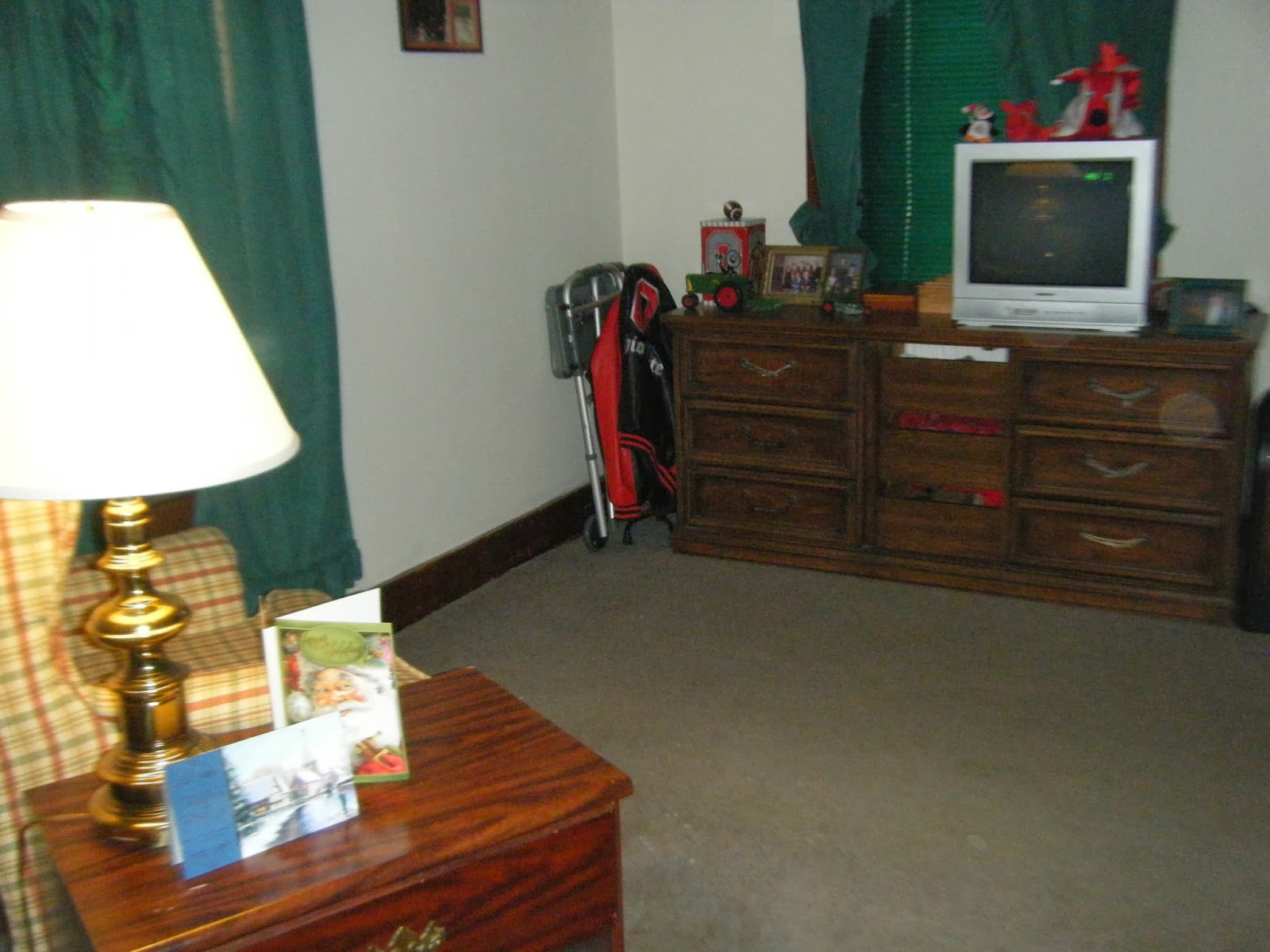 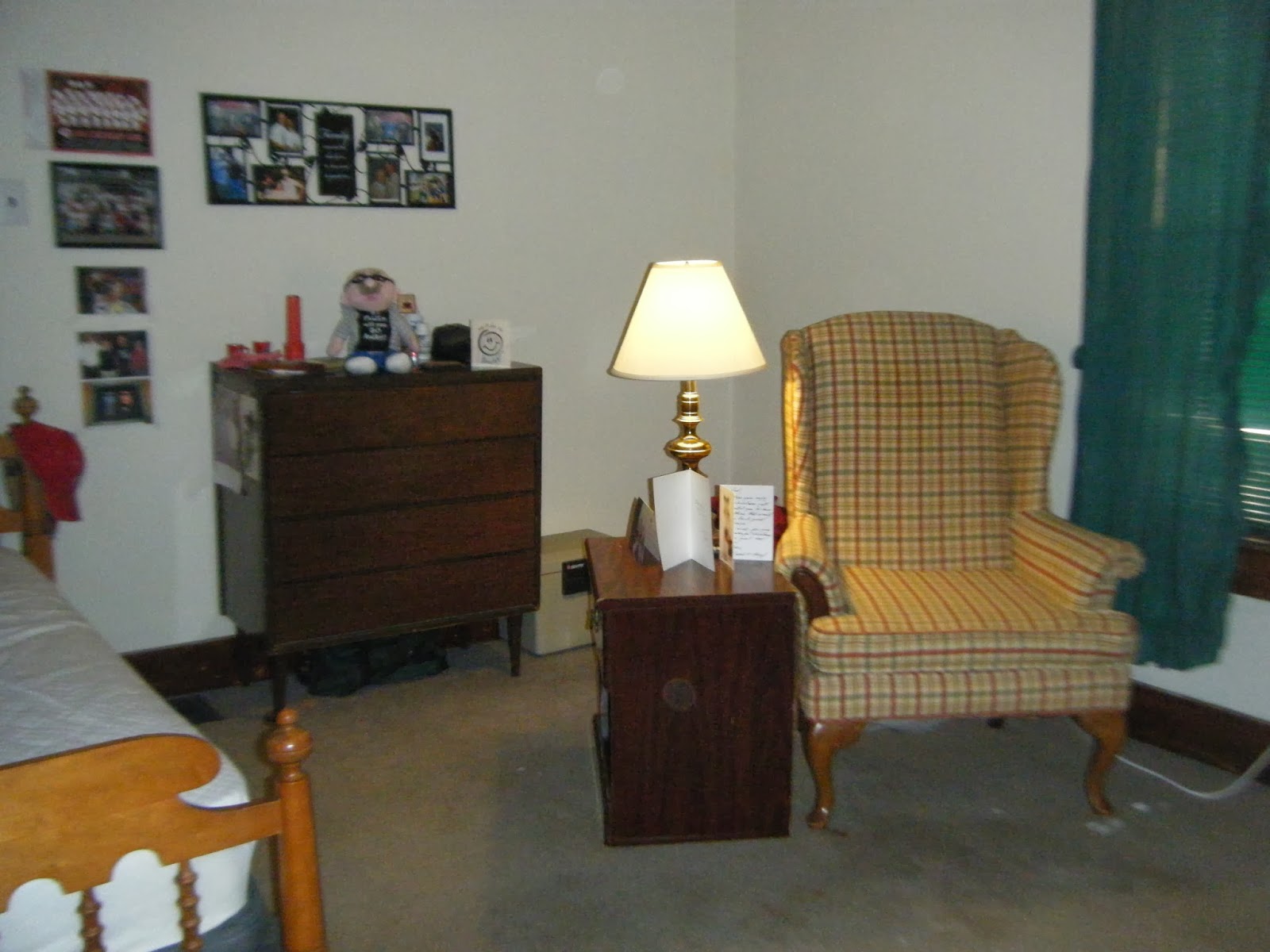 In January I put together a wall photo collage for my dad. He had many frames on his dressers in his room and now he is down to 3. He has Alzheimer's and I want him to see his memories without taking up all his flat space. I'm purged the extra picture frames. I bought the picture frame in early January and put pictures in it of his 3 children and their families.  I plan to do a second one with the same style of frame of his 3 stepchildren and their families but I am having trouble finding a second one. I am kicking myself now for not buying both at the same time. I bought him a photo Album and put all his pictures that he keeps in his tall dressers top drawer. 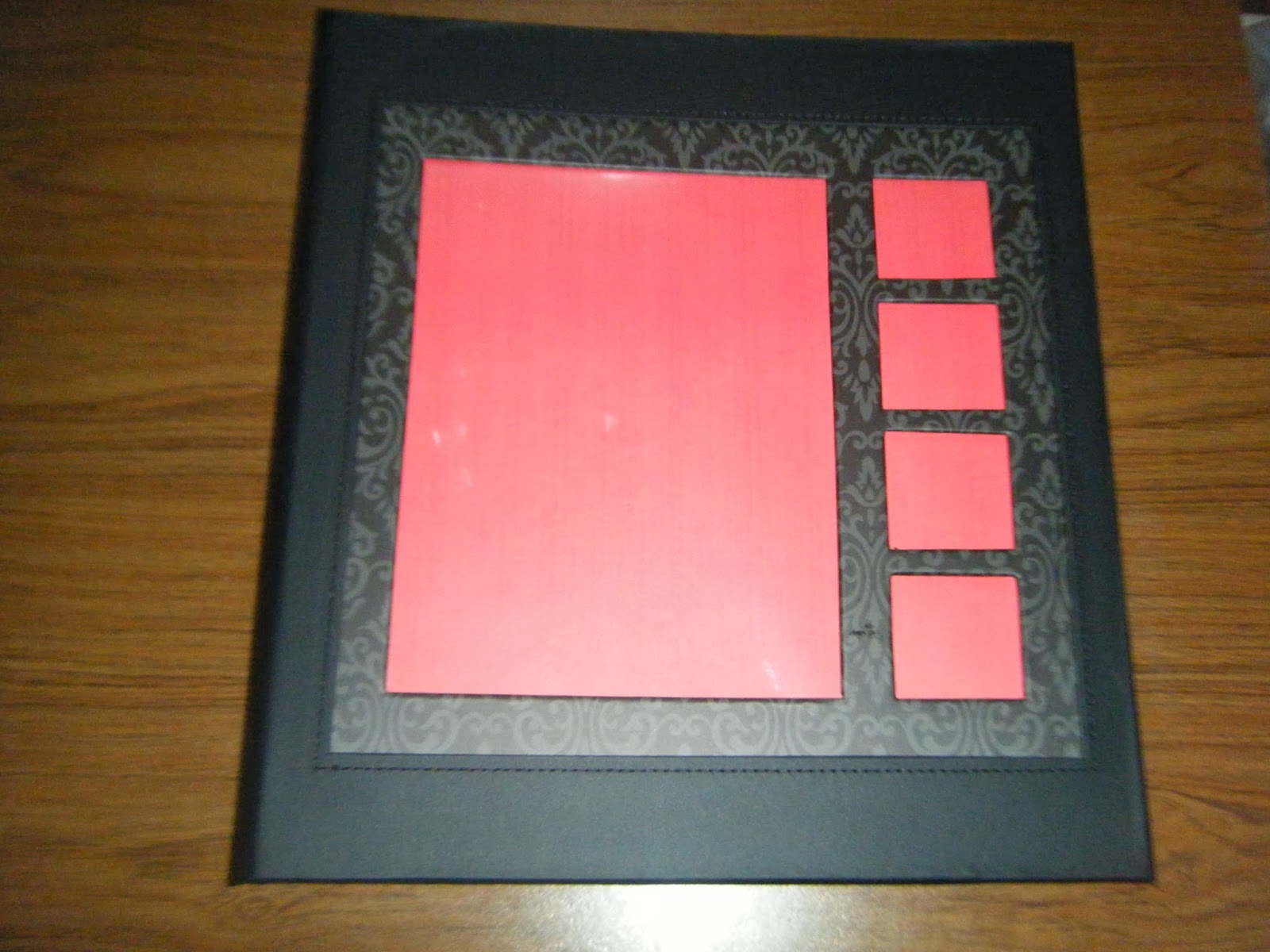 Email ThisBlogThis!Share to TwitterShare to FacebookShare to Pinterest
Labels: My Home Tour