In February I continued with the stack of books that I borrowed from the library that I mentioned in my January 2013 Reading List. Once I finished reading those books I started to work on My 2013 Reading Goals. I read the Dixie Hearts Collection was from my bookshelf and it has now been donated to the library. In March I am going to do a review on the book Organize for a Fresh Start: Embrace Your Next Chapter in Life, and give a personal account of my journey towards my next chapter in life. 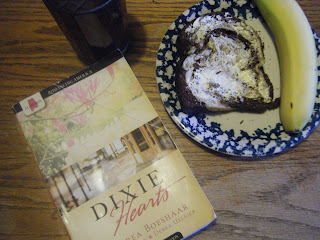 In February I Read:

Organize for a Fresh Start: Embrace Your Next Chapter in Life by Susan Fay West

Dixie Hearts Collection
Southern Sympathies by Andrea Boeshaar
A Matter of Security by Kay Cornelius
The Bride Wore Coveralls by Debra Ullrick
Submitted to:
2013 Booking It @ Life As Mom
Posted by Jennie Shutt at 9:00 AM No comments:


You can also read my post from last year were I shared tips on Keeping Clutter at Bay.


One of the projects that I started in February of 2011 was to declutter my magazines. I had magazines stored in several places along with 8 boxes of them in my basement before I started the project which you can read about at 52 Weeks: #5 Magazine Storage & 52 Weeks: #6 Magazine Organization. As of August 2012 I have donated all of my magazines. I sometimes just took a stack and donated them but most of them I read through.

That was a lot of magazines to read in 1 ½ years along with ripping out some pages for my notebooks but it is done and I won’t be collecting that many ever again. My rule is to read them within a week or two and out they go. I plan to mostly borrow them from the library that away I know I have to return them read or not. You can see in the picture below from October the basket next to my bed with the magazines I borrowed from the library that is all the magazines I have in the house now. I am proud of myself this was a big project. 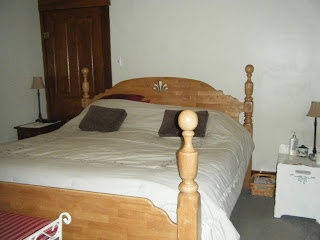 My house is in pretty good shape but I will continue to do organizing challenges just for the fun of it and to keep my home maintained. Since organization and decluttering is an ongoing process I have a few projects that I want to work on this year that are more project oriented that just general home.

The basement is in the biggest mess and it seems to get that way every winter and so it is time to clean it up again. Besides the general clean up, the 2 areas of the basement I most need to work on this year is our homeschool storage areas because to be honest it is emotional clutter more than anything else.

I want to organize all my kids' past years homeschool work. I need to downsize it so that it is manageable enough to pass on to them. I have 10+ years of stuff for each child and I would like each of their stuff to fit into one file box each. I don’t know why I kept so much. I threw a lot away each year but at the end of the year I would just store everything we had left and I meant to condense it down each summer but it never happened. It has just been too overwhelming a job to deal with emotionally but I think I am ready to work on it this year. I may have to ask my husband for help.

I want to downsize the amount of school supplies we own. When we started homeschooling we shopped the before school sales and got supplies for cheap but now that the kids are grown we no longer need so much stuff. I have given the girls some for their homes, donated to the church school supply drive, and given some away to the girls my daughter Nastasja nannies but it is not enough more needs to go.

I need to organize our digital pictures and get them into a viewable format. The pictures I have on my computer are very organized and I have put a lot of work into it over the years but I need to merge my husband’s into mine and delete duplicates. I also want to get them organized to print in books and put them on CD's per year so that people can view them along with giving copies to our kids. I have already done some work on this project this month but this is a huge project so it's going to be a long project.

The last 4 months I have been working on reorganizing and decorating my seasonal and personal notebooks and I plan to continue the process.

I have done a lot of work on my cookbooks, cooking magazines, and recipe notebooks this past year but there is still a lot I want to do. Most people would think what I have is manageable but I want to only keep favorites and a usable amount. I find that I do not even use 90% of what I currently own so some of it needs to go.

I am sure there are more that I will be doing over the year but these areas are the main ones I want to work on this year.

Submitted to: I'm an Organizing Junkie
Posted by Jennie Shutt at 9:00 AM No comments: