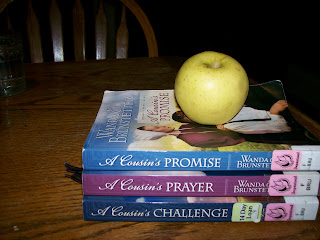 After the war Willow moves to live with her uncle and plans to marry a local man. Silas is wealth but he is 30 years her senior but that is what she feels she must do to care for her uncle and friends Cooper and Audrey. When she comes to town with Kerosene on her buggy that her uncle asked her to bring she gets into an accident and burns down the local Saw Mill. The Saw Mill is owned by Tucker Gray and he and Willow bicker about who is responsible for the accident since he had a wagon in the rode loading up when the accident occurred. Tucker eventually gets a loan from the bank to rebuild since the saw Mill is so important to the local economy everyone pitches in to help.

Silas ends up caring for Willow but see thinks of him as fatherly and can’t marry him since she has fallen in love with Tucker. Willow’s friends Cooper and Audrey come to town to visit and eventually get offered teaching jobs in nearby towns for the fall.

Audrey and Cooper come back to town after word that they got teaching positions. Audrey hits the water town coming into town which causes the water to start gushing this is not good since they are having a drought. It starts raining and it rains for so long everyone wonders if it will ever stop in a town that is used to no rain but frequently lightings. Audrey is interested in Eli but since his wife died while he was away fighting in the war he can’t forgive himself or let go so that he can love again but Audrey slowly softens his heart toward her. He has a son Tate that Audrey adores but Eli has his hands full since the boy is 6 years old and barely knows him since he had been gone when he was born.

A wagon train stops near their town because a sickness is claiming the lives of the passengers. The town organizes to care for the sick and the healthy travelers. Audrey ends of working at the funeral home preparing the deceased women and comes to have a deep respect for the lives that she has under her care.

Willow gets kicked by a horse and is in an Acoma for weeks and they fear she will die. He Uncle Wallace passes while she is unwell and during her wedding to Tucker the bank comes to take the house because he had taken out a 5 year old that he didn’t pay on eventually there is an auction and the train master wins the bid for the house.

Cooper comes to town to teach school but tragedy strikes, her leg is injured during a fire in the school. She must travel on the wagon train with Josh, wagon master that she despises. The eventually come to an understanding and he helps her. They eventually met up with the doctor and her leg is operated on and she goes home to recover. She has fallen in love with Josh but doesn’t think that he wants her so she goes on a trip and stays with her aunt. After she come home she finds Josh is their waiting for her and that he is in love with her and asks her to marry him.

Lydia and her son move back to Ohio a year after her husband dies to help her mom care for her grandfather. Menno, a local window with four young boys wants to marry her so his sons have a mother. Later after they decide that they should marry if they don’t love each other he decides to go home to live near his family so they can help him raise his sons. Levi is from a family with dwarfism and he is the only one of normal size. He believes he will never marry because he is needed to take care of his family. Lydia and her mother struggle financially and they end up receiving anonymous gift that they later find that it was Levi leaving them. Levi and Lydia eventually fall in love.

A group of cousins go on a trip together and the van they are riding in gets into an accident. Several of them are hurt and a couple of them die. Wayne struggles with the loss of his leg and thinks he can’t take Loraine as his wife. Loraine refuses to believe that he won’t change his mind so she patiently waits and tries to be his friend. Her ex-boyfriend comes back to town and Wayne tries to get them matched back up again. During a tornado Wayne must protect Loraine he realizes that he can be a good husband despite his disability and they get married.

Katie’s boyfriend had died I the van accident and she struggles with panic attacks. She had went to live with her grandparents for six months after the accident but her parents decide it is time for her to come home. Her panic attacks worsen and she thinks she is going crazy until a friend Freeman tells her he had panic attacks before too and encourages her to see a Christian counselor. The counselor teaches her how to control them and because Freeman and she spend so much time together they fall in love.

Jolene Yoder returns to her family’s home to be the teacher of two deaf students. She is reluctant because of the memories of losing her fiancé in the van accident and her hearing. She soon has several in the community who find they want to learn to communicate with the deaf also. She end up teaching classes after school and in her home. She meets Lonnie who’s heartbroken after his girlfriend breaks up with him because she found someone else. He plans to stay single because he is afraid to trust. He takes the sign language classes that Jolene offers and they find themselves spending time together and falling in love.

Ella doesn’t trust Jack because he broke her Cousin Loraine’s heart. But when her father dies and Jake shows up to do farm chores even though she is reluctant to his help and bitter toward him. Her heart softens to him and she realized that he has grown up and she can trust him to be the man of her life.