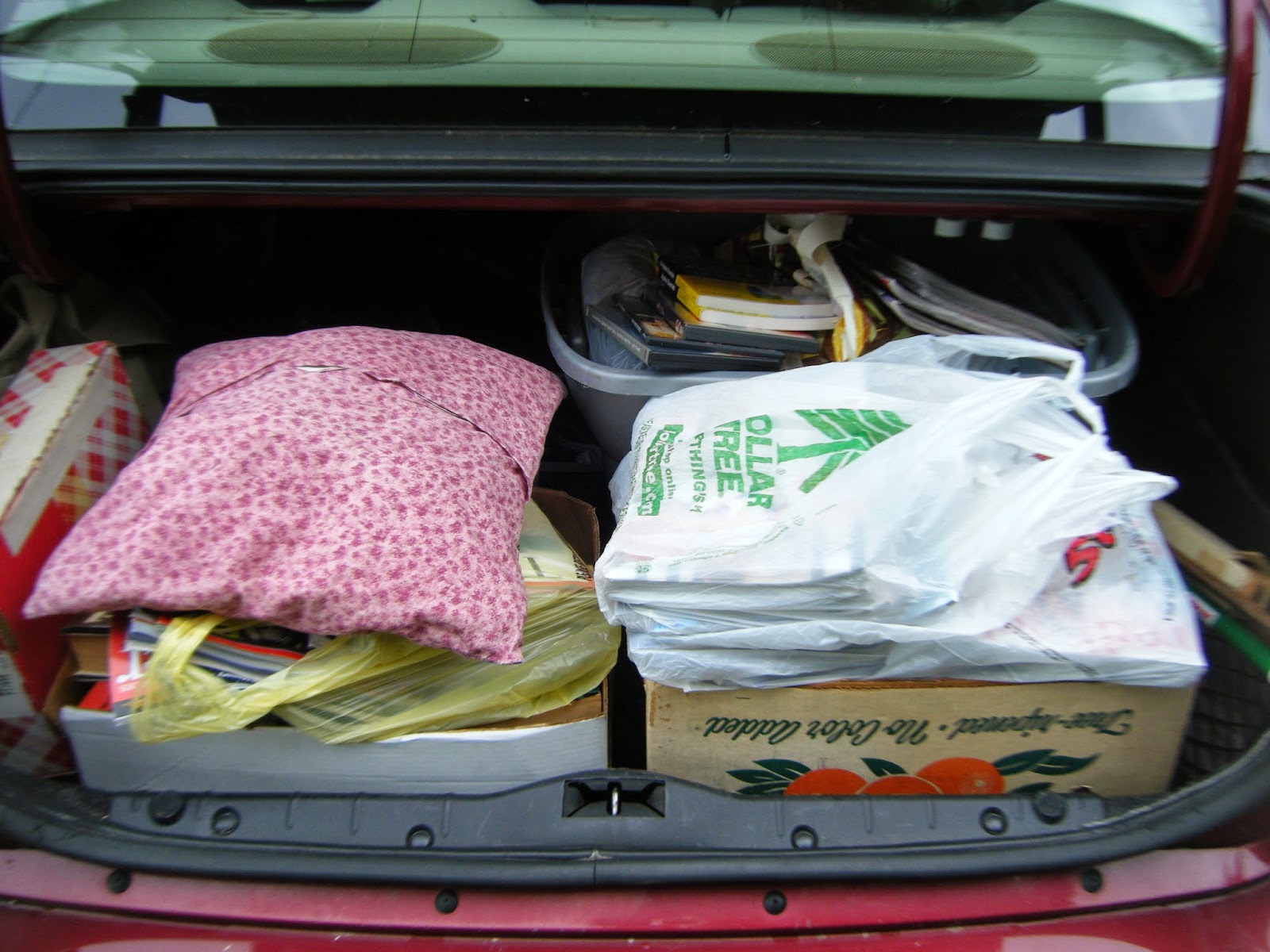 I have been doing serious purging of my home for the last 3 ½ yrs. and with all the challenges I have done such as 40 bags this past year I have purged more than organized. I'm finding that with so much less stuff that I have way more free time than I sometimes know what to do with. I’m spending so much time purging that I have way less to organize and clean. I’m finishing up tons of projects around the house and it looks so much better and fresher. My home was clean, organized, and didn’t look cluttered to begin with but we still had TOO MUCH STUFF.

My seasonal project list includes cleaning and decluttering my home; in the winter the basement, spring is clean and declutter the main house, summer the barn/garage, fall is cleaning and holiday prep. Ruthlessly purging all the excess stuff has made it so much easier. I’m loading my car every week and dropping stuff off for donation to a local charity. At this time my trunk and backseat are full. I’ll still keep my seasonal project list but with purging so much it will be easier to maintain and not such a large chore every year.

The key is to OWN LESS STUFF!

I have made great progress. The main house looks lighter and I’ve done some redecorating. I have empty space in the basement and it looks 10X better than it has the last couple winters. My 3 car barn/garage is almost empty at least as empty as it can be for 6 people and we have 2 cars parked in it. It will be even emptier by the end of the summer when I finish painting the furniture for my grandkids.

Instead of spending so much time cleaning and organizing I am; DE-OWNING!

I encourage you to give it a try; instead of feeling like your spinning your wheels and not getting anywhere fast. Go through your house and purge about 80 percent of what you own. Most stuff in storage will never be used because you really don't need it. Your just delayed the decision to remove it from your home. Start with the most used areas of your home such as the kitchen, living room, family room, bathrooms and then move onto bedrooms, and eventually storage areas such as the basement, garage, and shed. Do one room at a time, one area at a time such as a cabinet or drawer. Do not take out more than you can put back in a few minutes time.

I’ve done it with a goal of 15 minutes each day and an additional 2 hours once per week. Once I start I have sometimes spent way more time than my initial time allotment. It is challenging and addictive once you start and see progress. It doesn’t have to be a marathon session a little bit starts to add up. It will free up your time for what really matters in your life. The less stuff you own the less stuff owns you.
Posted by Jennie Shutt at 9:00 AM