My project was to condense photos from my growing up years into an album. It seems huge to me but its no were near as big a project as our family pictures from my children's growing up years.

I’m not sure yet what to do with the pictures of my family that I don't want and the pictures before I was born. My thought is to pass them on to my mother and let her deal with them. I’m the oldest child and so they may end up coming back to me. LOL I'm pretty sure she has all the family pictures in a box someplace and not organized or in albums. That is how I got the ones I have when my stepdad came to live with us. I put them in bags to at least keep them together until I had time to deal with them. My grandmother used to toss the family photos into a dresser drawer after they were developed. They were not very good at preserving family memories. Although, I’m crafty I have not done much to get photos into albums either. My thought is to create an album from my growing up years and a family history album and toss the rest into the trash.

Does anyone have any advice? 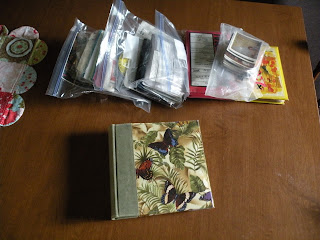 What I'm keeping. My completed album from my baby shower- early teens years. I didn't have much to keep after I sorted pictures into stacks based on before I was born, my childhood, and 2 stacks with my kids. I'm saving the two stacks with my other pictures of after my kids were born to do later. These were all picture that I got from my dad a couple years ago. 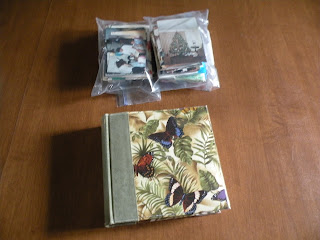 The 1st stack is trash because it’s mostly scenery and blurry pictures. The 2nd stack goes to my mother since it was before I was born. I do wonder if I should keep the pictures of my parents during their dating years since they divorced when I was 5. The 3rd stack goes to my (step)dad since it’s his family. 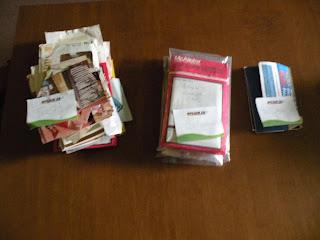 The album I put together of my childhood. It took 4 hours to sort pictures and put together the album. The pictures are from the baby shower to my early teen years. I didn't have much since they are the pictures that got left behind when my mom and stepdad separated. I’m sure my mother has more but I’ve never seen them. My stepdad gave these pictures to me. I do hope to one day get a few more pictures to add since this is not even half full and there are big gaps. 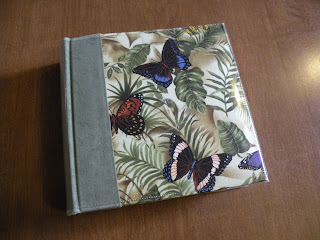 My parents Daryle and Linda in 1969 about 3 yrs. before I was born. 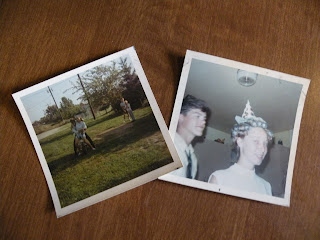 The only picture I have of myself and my parents. They separated and divorced before I was 5 yrs. 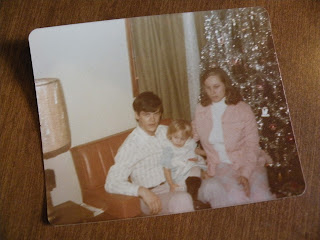 The earliest picture I have of just my stepdad Pete and mom Linda. This was about 1979 in Colorado. They got together when I was about 5 yrs. and separated in 1992, when I was 19 ½ yrs. 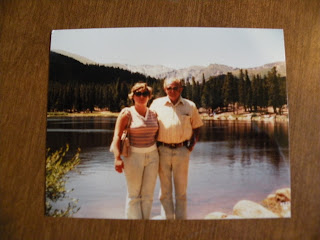 My two most favorite pictures of my childhood. My family camping together. I'm the oldest of 3 girl. My stepdad, mom, and us girls camped almost every weekend for a lot of years. 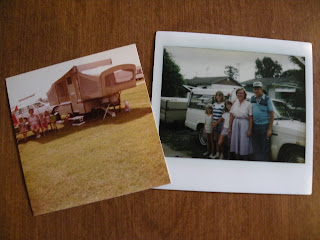 My stepmom Phyllis, dad Daryle, and my sisters in 1984. I'm the oldest Jennie, Amy, and Christine. Our first time meeting our baby sister Tabitha. 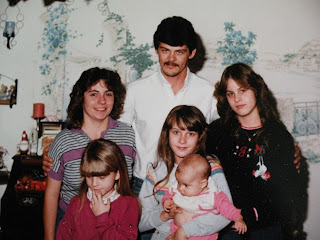 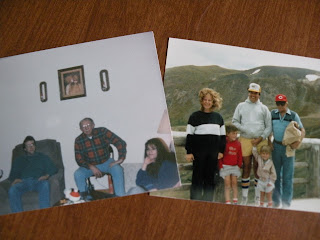 Email ThisBlogThis!Share to TwitterShare to FacebookShare to Pinterest
Labels: All About Me