I decided to clean and organize the inside of the fridge & freezer. The main thing I did was to find ways to use up some of the things that I had in there.

I cut up vegetables to refill the veggie tray. I like to keep a veggie tray in the fridge so that everyone will eat the veggies. When we have salad I just pull out the tray and a head of lettuce. 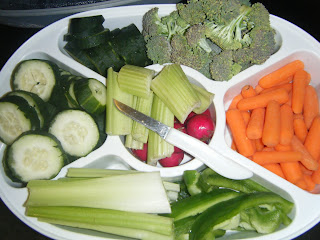 I like to keep chopped onion, celery, and green pepper in the freezer. This is my bag of celery trimming that I had after making the veggie tray. I like to keep the stubs of broccoli in a bag to make cream of broccoli soup since that is the only way I can get my family to eat the stubs. If my veggies start to look wilted I try to add them into a recipe to use them up so that they do not go to waste. 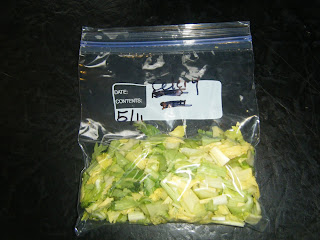 I had grapes, apples, oranges, and grapefruit in the fridge that needed to be used up so I made a fruit salad. 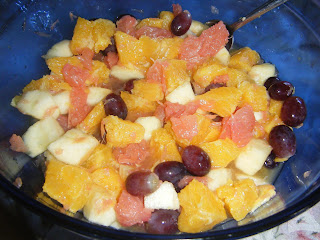 I had eggs that needed used up so I made a cake using this Peanut Butter Cupcakes with Chocolate Frosting recipe. 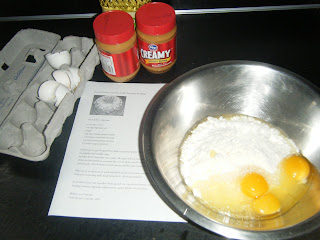 I made some hard boiled eggs which my family can't seem to get enough of lately which used up the last of the eggs. 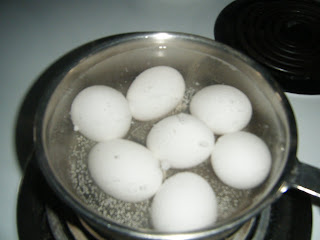 I sliced tomatoes and put them in a little bowl. 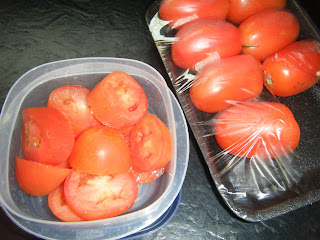 I am the only one who drinks coffee in the house so I make a pot once or twice a week and fill up a container to store it in the fridge. I usually drink 2 cups most mornings. If I have plans to leave the house in the morning at anytime during the week I usually fill a small travel mug too. 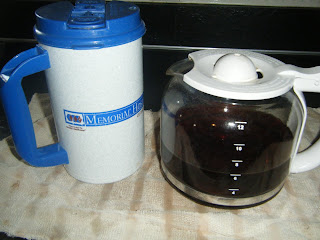 I have several boxes of tea bag that needed used up so I have been brewing the bags instead of making instant over the last month. I plan to keep doing this until it is gone which maybe awhile since I just refill the container I store the bags in and I still have 3 boxes in the basement.  I brew 6 teabags and 2 cups of water on the stove to make 1 gallon of tea. I make 1 gallon of unsweeted tea everyday. 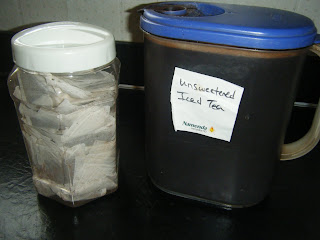 We always have leftovers for lunch which helps us avoid food waste. We had the fruit salad, tomatoes, and iced tea that I put together along with our leftovers. I pack up leftovers for my husband to take to work after dinner is over. We have leftovers for dinner at least twice a week too. One benefit to my family losing weight is that the food lasts longer so I cook fewer meals each week. I make a menu plan each week but frequently only make about half of the meals listed and still have too many leftovers. I think I am going to start freezing half for another week because my kids are getting tired of leftovers. I would rather do that than cut the recipe that I use in half.  If you need ideas click on Using Up Leftovers to read I post I did in 2009. 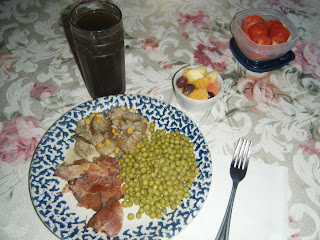 I forgot to take a before picture of the fridge but this is an after before I took out the turkey to roast. The top shelf is milk, tea, and other drinks, second shelf is leftovers, eggs, butter, extra fruit, and veggies. I use the small drawer to defrost meat. The larger one under it is my fruit drawer that is now empty after making the fruit salad. You can see were I keep my veggie tray. The other larger drawer is where I keep cheese, lunch meat, yogurt, and cream cheese.
I have been trying to use up some of the condiments in the door. I think I am going to make some Raspberry and Almond Shortbread Thumbprints this week to use up some of the jam. 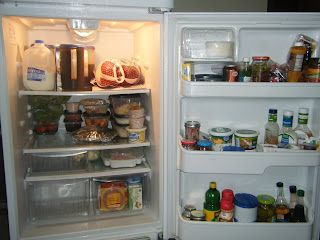 I roasted the turkey that I had defrosting in the fridge. It had been in the freezer since Thanksgiving and I still have one left to use. 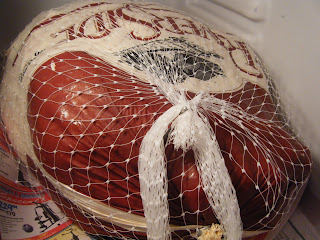 These are the bags of turkey broth I bagged up for the freezer. 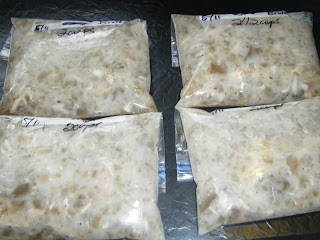 I made turkey gravy with a packet that came with the turkey. I will use it later in the week. 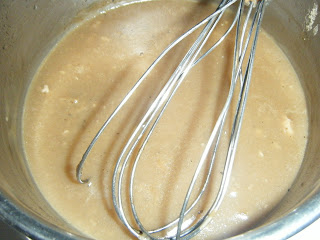 The next day I made Turkey, Noodle, and Veggie Soup with the leftover broth, turkey, and a couple cans of mixed veggies. 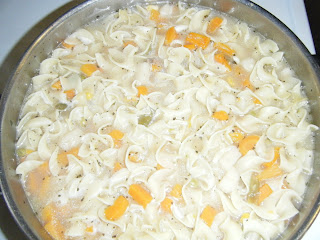 This is the freezer freshly cleaned up. It is a little empty right now because I haven't found very many good meat deals lately. I try to get all my meat for under $2.00 a pound. You can visit a previous post I did on How I Save Money on Meat. I still have a chest freezer and a upright freezer that I need to reorganize and clean that are pretty full right now.
I had Kroger Value Fudge Swirl Ice Cream in my freezer for a couple months and we had two of them, nobody was wanting to eat them so I bought  waffle cones at Aldi. Guess how fast everyone ate it when I got out the cones and sprinkles for the ice cream? 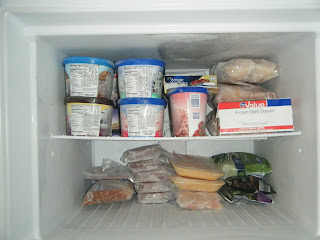 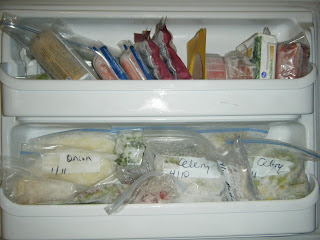 I had leftover sugar cookies from Christmas frozen in the basement freezer that I frosted with leftover peppermint icing from the freezer. 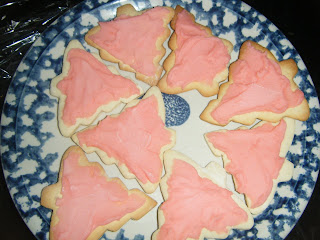 I have been using up all the rolls that I got after Christmas for 10 for $1.00. I just got some new ones after Easter so I need to use the ones that had been in the freezer.
﻿ 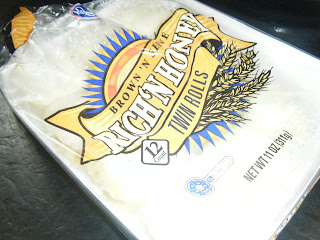 I cooked up 4 cups of dry blackbeans in my crockpot that I will use later in the week. I will probably make at least one of these recipes Chicken Fiesta with Black Beans, Black Bean and Smoked Sausage Soup, or Chicken and Black Bean Burritos. 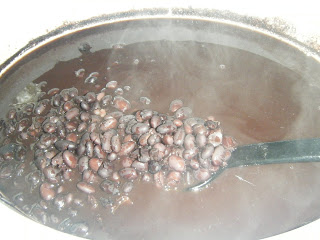 Submitted to:
I'm an Organizing Junkie 52 Weeks of Organizing
Posted by Jennie Shutt at 11:00 AM

Email ThisBlogThis!Share to TwitterShare to FacebookShare to Pinterest
Labels: Cleaning and Organizing