My husband has sold many things over the years on eBay but I'd never done eBay until a couple months ago. He's mostly sold electronic and computer parts. Our daughter-in-law Sarah is making quite a bit of money from selling on eBay and she had started giving us the lower end stuff that she doesn't want to sell since Autumn.

We turned our oldest son Shawn Jr.'s old bedroom into an eBay selling room in October. We furnished the room with stuff we already had and a few things our son and daughter-in-law gave us. It may not seem like a big deal to some people but this is new to me and has me going out of my comfort zone. I've gotten more involved by mostly doing the organizing of the room, organizing inventory, and taking pictures. I've done a few sell listings and packaging to mail but not as much as my husband since he's been doing it a long time. We made about $4,000 in 2018 on eBay which averaged to about $330 a month in sales. We've ramped up selling this year by creating a eBay Store, getting our selling limits raised, and posting items for sell more often. We're doing well but we'd like to move the inventory that we have out faster. We only have so much room and don't want to expand into other spaces in the house. 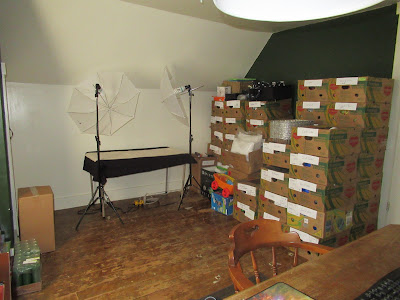 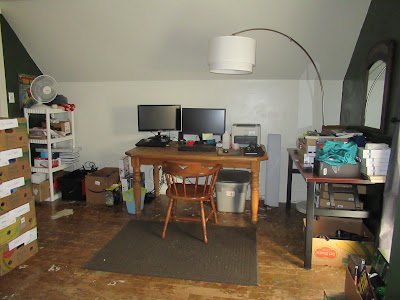 Email ThisBlogThis!Share to TwitterShare to FacebookShare to Pinterest
Labels: Homemaking